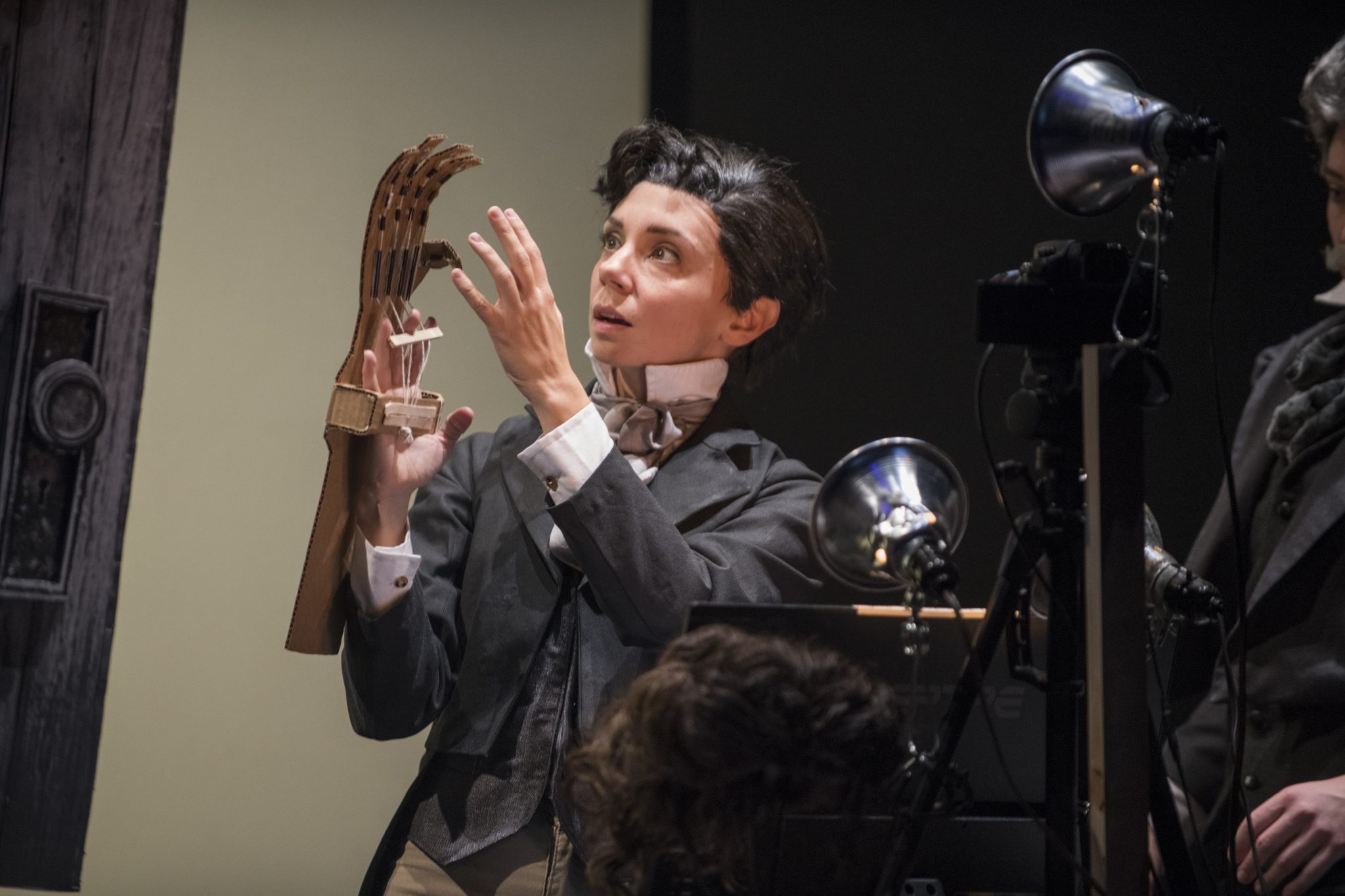 Mary Shelley was still a teenager when she basically invented the science fiction genre with the 1818 publication of Frankenstein; or, The Modern Prometheus. Since, countless versions have been produced and the creature at the center of Shelley’s novel has inspired all manner of variations, from Frankenhooker to Frankenweenie. While the Boris Karloff-led 1931 film remains the gold standard in terms of adaptations, Manual Cinema, a five-person Chicago-based performance company, seems to have done the impossible: put a new and inventive spin on the classic by taking it back to the past.

The story remains the same. The three narrative threads in Shelley’s novel – the sea rescue of Dr. Victor Frankenstein, his pursuit of the creature he created, and the creature’s life post-escape and turn to violence – are all present and accounted for, along with a new thread about Shelly’s life, including the ghost story contest with then-boyfriend Percy Bysshe Shelley and Lord Byron that bore the story, woven through.

But the real magic happens in the presentation, as Manual Cinema applies a variety of techniques to the 200-year-old story to create a piece of live cinema which, like Frankenstein’s creature, are stitched together unlike any other, a hybrid of puppetry and pantomime, music and theater. On stage, you can see five actors switching costumes in a visible quick-change station, listen to the orchestra of four create a live score, watch dolls and marionettes come to life, or try to count the more than 500 paper puppets used. You can also watch the large screen above the stage, where the “finished film” – a silent, black-and-white throwback – will be screened simultaneously.

Devised by Julia VanArsdale Miller and Manual Cinema’s co-artistic directors Sarah Fornace and Drew Dir, the production lays bare the inner workings of the live film being created, so you’ll be forgiven if you don’t know where to keep your eyes. It’s guaranteed, though, that there will be something to see everywhere you look.