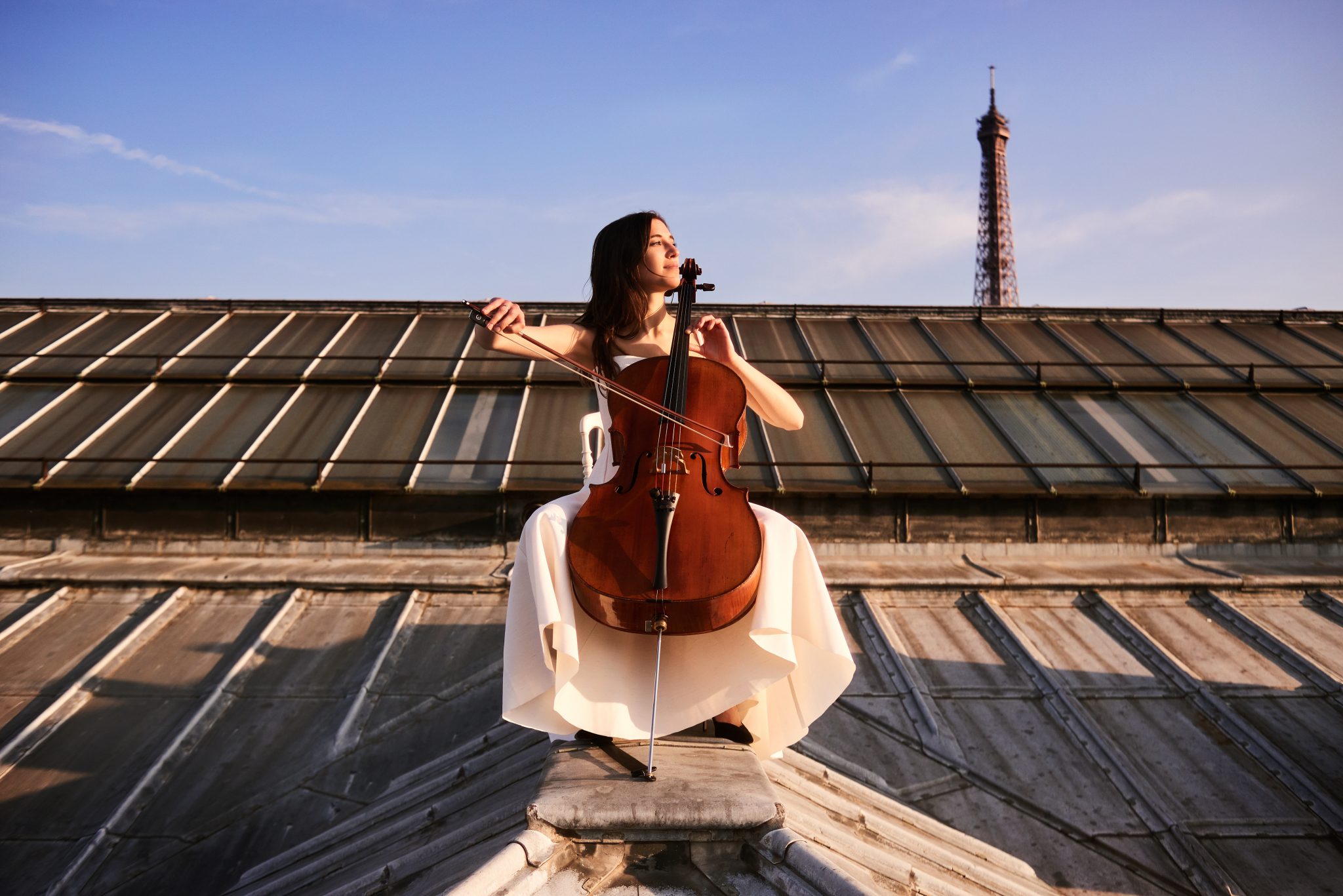 “Delicious, warming, full of flavour” is how Gramophone, the English magazine for classical music aficionados, describes the sound Camille Thomas is able to elicit from her cello. Houstonians will be able to find out for themselves if it’s really like “drinking hot chocolate” when the virtuoso cellist stops by Jones Hall for a recital with pianist Roman Rabinovich, courtesy of Society for the Performing Arts, this November.

Thomas is not only the first cellist to be signed to the 120-year-old Deutsche Grammophon label in more than 40 years, she is the first female cellist to ever be added to the yellow label’s roster of artists. The Paris-born Belgian broke through in 2014 when she represented Belgium at the European Broadcasting Union Competition, nabbing first place and earning the title New Talent of the Year. Since then, the accolades have continued to pile up, culminating with her signing with Deutsche Grammophon in 2017 and the release of her first album with the label, Saint-Saëns, Offenbach.

Rabinovich will join Thomas for four works for cello and piano, including the first piece Johannes Brahms composed for a solo instrument with piano accompaniment, Sonata for Cello and Piano No. 1 in E Minor, Op. 38; Ludwig van Beethoven’s seven variations on “Bei Männern, welche Liebe fühlen” (“In Men Who Know the Feeling of Love”) from Wolfgang Amadeus Mozart’s The Magic Flute; Olivier Messiaen’s “Louange à l’éternité de Jésus” (“Praise to the Eternity of Jesus”) from Quatuor pour la fin du temps (Quartet for the End of Time), written while Messiaen was held in a POW camp during World War II; and Cesar Franck’s Cello Sonata in A Major, M. 8, the cello version of one of Franck’s most popular works, originally written for piano and violin.